What Happens When You Purge an Image 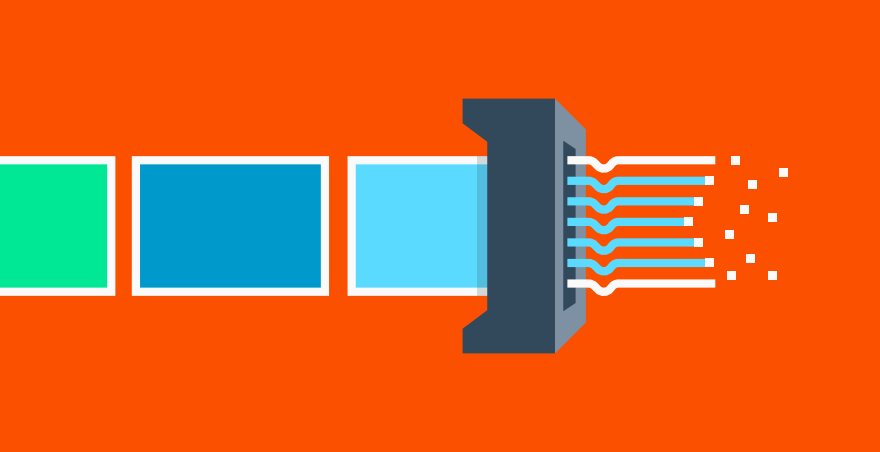 One area where we get a lot of questions is around purging images. Although purging is a familiar concept to anyone who has previously worked with Content Delivery Networks, or indeed any distributed system that needs to sync data between nodes, the concept is not the most intuitive, and every purge system functions differently. New users sometimes have an incomplete understanding of the purge process, and that can lead to confusion when the system performs differently than expected. For that reason, we thought some clarity around how image purges work in imgix would prove helpful.

First off, what is a purge in this context?

Every image served through imgix is cached centrally and at edge nodes throughout our global CDN network. You can read a bit more about that here, but the important thing to understand for our purposes is that a single master image file stored in a Source becomes many derivative image files stored in multiple locations within imgix once the system starts serving it.

Among these is a full-sized image cached in our rendering cluster, called the "Origin Cache," which is used rather than the master image to fulfill all requests after the first. This image is periodically revalidated against the Source so that everything stays in sync and current, subject to a max age parameter set in Cache-Control header for the file. The default max age in Source configuration is one year. Customers can also define their own value on a per-Source or per-image basis.

This caching scheme cuts down on latency, since we don't have to request a new version of the master every time there's a new request. But it also means that changes to the master image stored in the Source aren't immediately applied to derivatives across our system. Rather, these changes will only be applied once the Origin Cache image’s max age is reached and it is re-validated. For faster results, it is necessary to revalidate the image manually by initiating a purge request.

There are two situations where a purge is necessary:

For more information on how to initiate a purge request, see our Purging Images guide. For now, what we're really concerned with is what happens once that request is made.

The steps of a purge 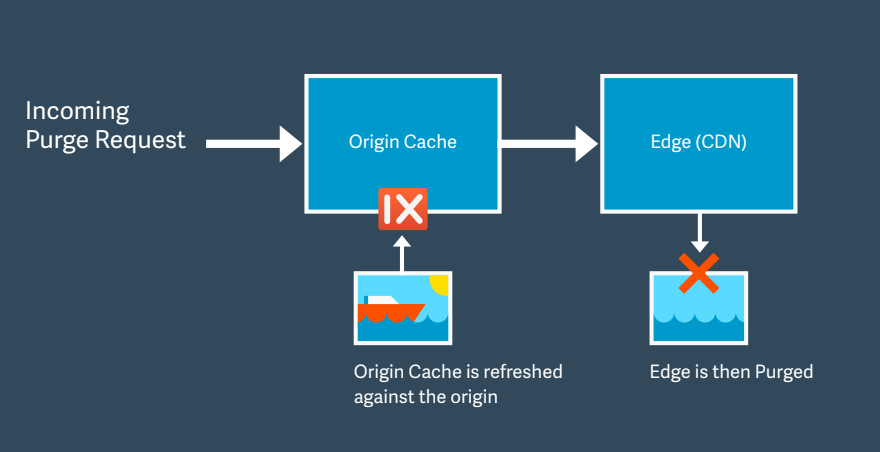 Thereafter, requests are fulfilled as if it was the first time that variant was requested, with the rendering cluster applying transformations to the new Origin Cache image, serving and caching the result.

This system has some important implications that users should keep in mind:

Purging is a powerful tool and very useful in some situations, but it's also big step that can't be reversed. For best performance, we recommend that it be used sparingly.

A good alternative for updating an image without initiating a purge is to simply upload the new file with a new file name, and then make changes in the front end to point at this new image. This practice is especially useful for images that are being used for compositing, since it limits the amount of derivatives that are touched by the purge.